Earlier this week, the man behind viral iOS hit Flappy Bird, Dong Nguyen, teased his new upcoming game, Swing Copters. This new game looks to build on the success of Flappy Bird and is now available for download in the App Store.

Swing Copters is not easy to play—it’s downright hard, on the verge of impossible. We got a high score of 1 and so far have given up for the night. 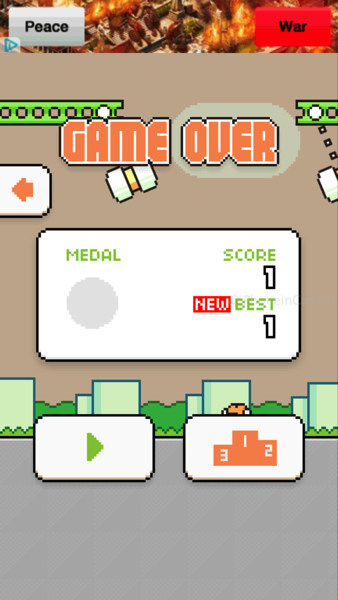 Below is the app’s simple description on how the game works:

Description
Flying with a propeller hat is not as easy as it looks.

[HOW TO PLAY]
• Tap to change direction.
• Get 4 medals to unlock more characters.

The graphics again are simple, the gameplay is dead simple and it’s kind of fun to try for the high score. Does Nguyen have another ‘Flappy Bird’ success on his hands? Remember, don’t play it too often or else Nguyen might pull the game from the App Store, like last time.