TalkTo is a powerful app which texts businesses your questions and responds back with their reply. We’ve covered this app before and noted how it can be your free virtual assistant for making mundane phone calls so you can continue to work or play.

A few days ago TalkTo released version 1.2.2, which integrated Facebook for logging in and also fixed a location bug where it would remember an old location instead of your current location (this drove me insane).

What’s New in Version 1.2.2
• If you chose to login using Facebook, we’re now using the latest and greatest Facebook integration, so your Facebook app or iOS Facebook login will be used. High-five Mr. Zuck.

• Fixed an issue with search to recognize your current location instead of holding on to your old location. 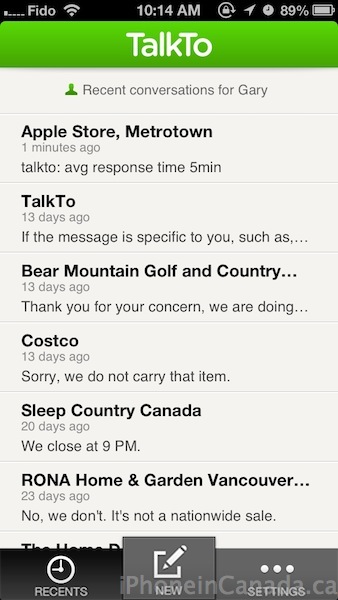 The app also had received some tweaks and improvements to run much better than before. One feature was removed though, which was the ability to call or add new businesses within the app. TalkTo informed us this feature was being abused and thus removed. Darn.