Tangerine Mobile Banking for iOS has gained an update today to add a new feature plus fix bugs. 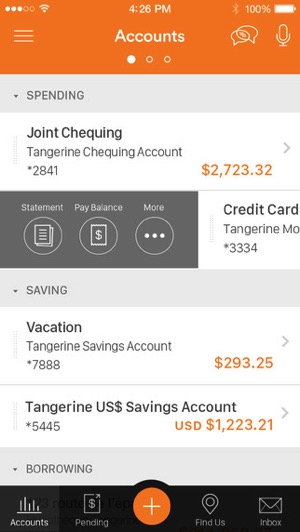 Customers can now apply for credit cards directly within the app, while issues related to increasing credit card limits and email money transfers were addressed. Tangerine says they are also currently working on cheque-in issues for iPhone 4 and iPad mini users, with fixes coming soon.

Thanks to your feedback, we’re working on fixing issues around iPhone 4 and iPad mini Cheque-In, and we should have fixes in place soon