TD Canada for iOS has been updated to make it easier to add your TD cards to Apple Pay, along with a dedicated menu for Apple’s mobile wallet, which launches a shortcut to the payment screen.

According to TD, customers can now “Easily add eligible TD cards to Apple Pay from the TD app, without having to scan your card (iPhone only, iOS 10+).”

Once you update to the latest version of TD Canada for iOS, you’ll be greeted with splash screens on how the new app makes it easier to add cards to Apple Pay. 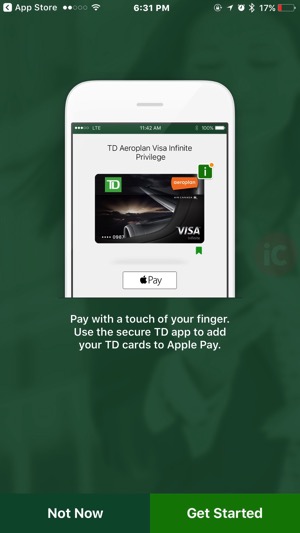 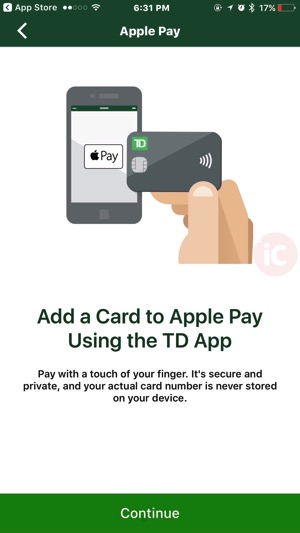 The TD Canada app automatically lists your eligible TD debit and credit cards that support Apple Pay. Adding your card is simple as all you need to do is verify the card security code of each card as a verification step: 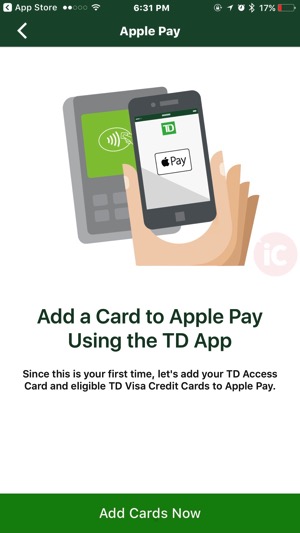 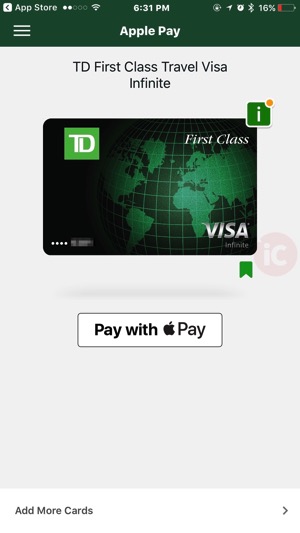 Once you’ve verified your TD cards, they’ll be added to Apple Pay. 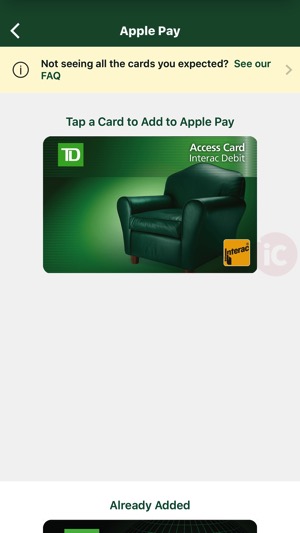 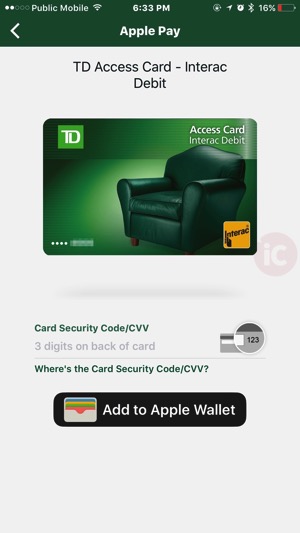 This update will assist new Apple Pay users to easily adopt the mobile wallet, as all they have to do is verify their TD cards within the bank’s iOS app, instead of scanning or manually entering numbers within Apple Wallet.