TD Canada for iOS has reached version 8.0, which now supports the iPad, along with other improvements. 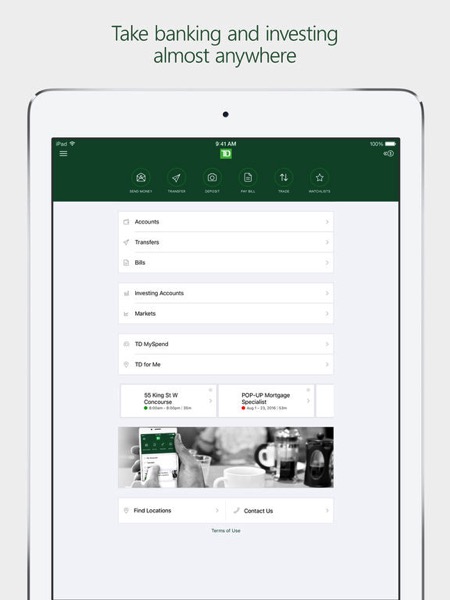 The app now has an “improved experience” for those using the app to make trades within investing accounts, as now one order entry is available for all order types.

As for Mobile Deposit, first-time users of the app can now use it immediately instead of waiting, while Youth and Line of Credit accounts are supported. Deposit limits have increased for personal and small business customers, while cheque auto-capture has improved help messaging.