According to the financial institution, if you have entered a mobile number for a contact, when sending or requesting money, they will be notified via SMS as well, instead of just email. This is helpful when you are seeking money from a contact who doesn’t check their email often, but is glued to their text messages. 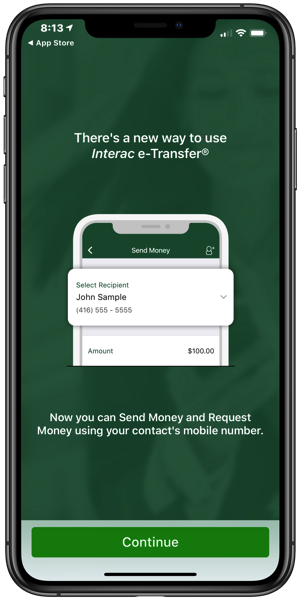 Also new, is the ability to link directly to the TD Wallet app, which lets you “store loyalty, gift and membership cards on your phone.”