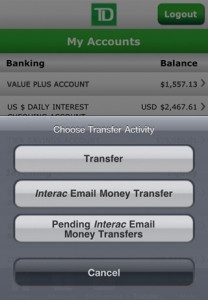 Since its release in April of 2010, the TD Canada Trust iPhone app is just one of many popular Canadian banking apps.