TED Books for iOS Launches in the App Store

As noted by Paid Content, TED Conferences has launched TED Books in the App Store to allow users to purchase short ebooks released bi-monthly. The app is unique as it allows the embed of audio, video, pictures and other social features into each book edition, making for a unique experience. Books can be purchased individually or readers can jump on a subscription to have book automatically download.

Individual books are $2.99. The 3 month/6 book subscription is $14.99 and auto-renews. If you subscribe within 90 days of today’s launch, you will be able to download their entire back catalogue for free. Not a bad idea to get yourself motivated while consuming some thought provoking content towards  ‘ideas worth spreading’:

TED Books are short original electronic books produced every two weeks by TED Conferences. Like the best TEDTalks, they’re personal and provocative, and designed to spread great ideas. TED Books are typically under 20,000 words — long enough to unleash a powerful narrative, but short enough to be read in a single sitting. 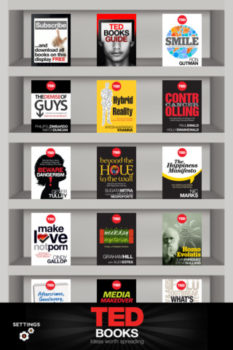 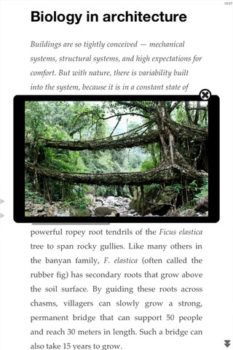 Of course, if you want to watch the TED Conference videos you can still do so via the TED iOS app, released in November of last year.