The Globe and Mail News App Updated with iPhone 5 Support

The Globe and Mail has updated their iOS app to bring iPhone 5 support and also some bug fixes and stability improvements. The app has had its moments with crashes in the past but this update seems to work quite well for us.

What’s New in Version 2.5.1
– The app is now optimized for iPhone 5
– Fix for pictures on section pages while in offline mode
– Stability improvements
– bug fixes 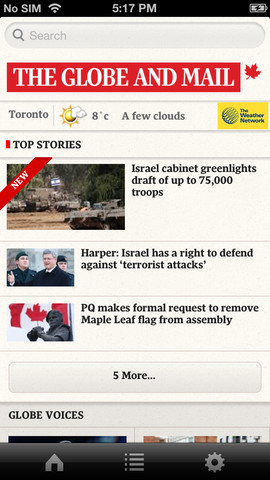 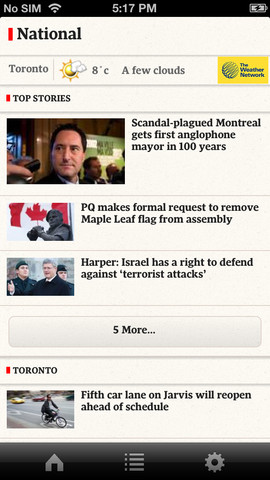 Click here to download The Globe and Mail for iOS–it’s free. Let us know what you think of this update!