The Globe and Mail: News for iOS Updated with Breaking Alerts, Videos

The Globe and Mail iOS app for news has been updated to support videos on the iPhone and iPad, plus push notification alerts for breaking stories. Also, the app now features higher quality images than before and also support for their interactive multimedia features.

For iPhone 5 owners, galleries now work in landscape orientation, plus there are some improvements and bug fixes. If you’ve been having issues with this app this update should address them. 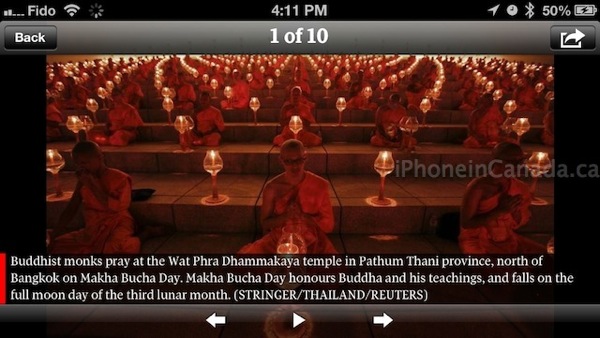 Once you launch the updated app, you’ll be asked to accept Push Notifications. Within settings in the app, you can toggle the alerts on or off. It states you will receive no more than a few alerts during a normal week. 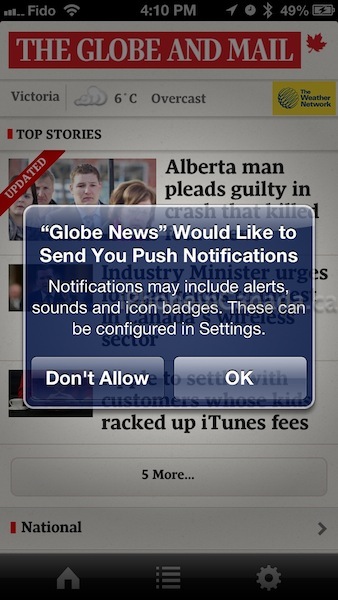 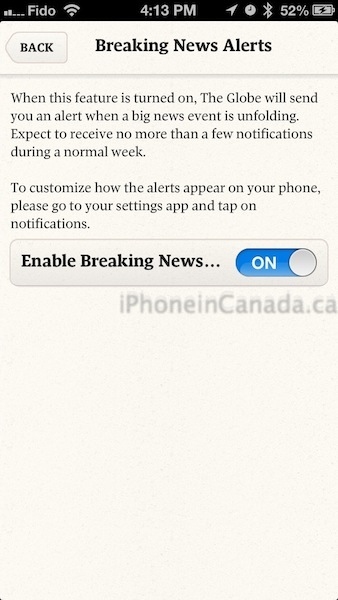