With the popularity of Uber leaving local taxi companies in the dust, the latter have joined forces to launch The Ride for iOS and Android today. Created in part with Toronto-based CellWand—the company behind #TAXI service (Pound Taxi)—the app allows users to hail local taxi cabs, which sit at just over 6,000 at launch. 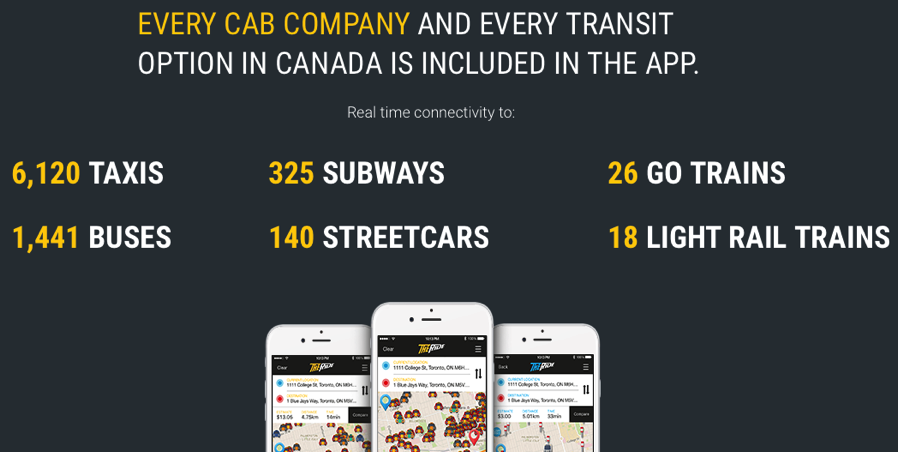 The Ride provides similar features to Uber, such as finding a nearby taxi, tracking rides and also rating drivers. The company stresses standard taxi prices mean “no surge charges at any time,” referring to Uber’s prices that increase when demand is high. The company also details “every driver is fully trained, licensed and insured,” shots fired at UberX, the latter’s ridesharing option driven by regular citizens in their private vehicles, deemed unsafe by some. 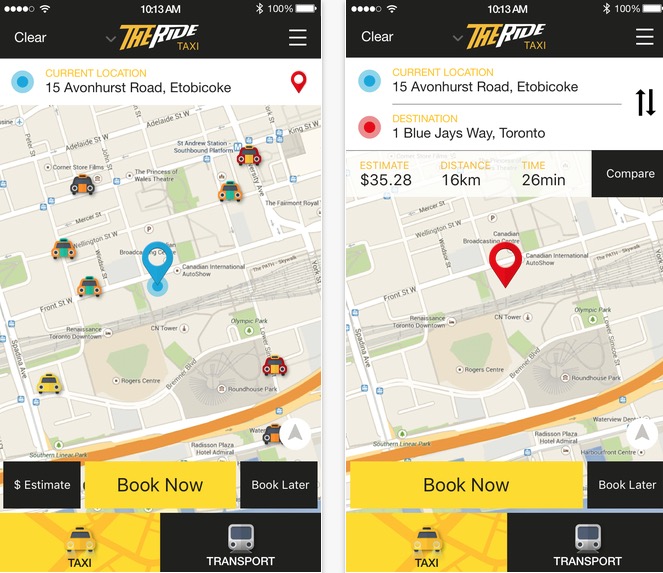 On top of allowing ‘e-hailing’ a taxi, the app also provides local transit options along with estimated cost and travel time.

Nick Quain, co-founder and CEO, CellWand, said in a statement  “The Ride is Canada’s ultimate transportation solution because it includes every taxi company and combines access to all available public transit options, map directions, and carshare locations across Canada, with just a few taps within the app.”

The Ride says it works everywhere in Canada but charges a $2 convenience fee or $1 for connecting to live dispatch, if e-hailing is not available in your area. For now, the app also lacks a major feature of Uber—in-app payments, which the company says is “coming soon”. In the meantime, users will have to pay cash or credit to taxi drivers the traditional way.

Click here to download The Ride for iOS in the App Store. Let us know what you think of it.