The Simpsons: Tapped Out – Dominates the Charts in Canada and USA [Infographic]

EA has released some data on their hit game, The Simpsons: Tapped Out. The game was released in February of this year, pulled due to ‘server issues’ in March, then re-released in mid-August. It’s a pretty awesome port of the hit TV show interpretation to iOS and I can see why it would be popular. EA has released some numbers on the game that has become one of the top games in the App Store in Canada, the USA, the UK, Germany and more:

The Simpsons: Tapped Out has already become a top grossing mobile app on the App Store around the world and is the only game on the App Store to integrate episodic content with a current hit TV show.

The game has lots of in-app purchases and the infographic below shares some interesting numbers, such as 1.97 billion donuts spent in-game (Mmmm…donuts): 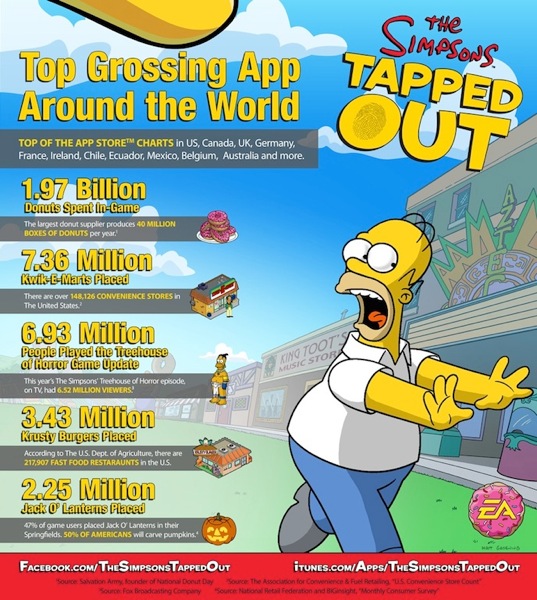 Anyone playing The Simpsons: Tapped Out or still watching the TV series?