TheScore Mobile has been updated today to include complete coverage of the 2013 NCAA March Madness College Basketball tournament. The update includes a new March Madness bracket view for the tournament, which allows users to scroll and pinch and zoom for views.

Also, push alerts are now available for “Final Scores” for the end of each game and “Upset Tracker” alerts, for when a lower ranked team is leading a higher ranked team at halftime, 5 minutes left in the game or at the end of the game.

If you’re following the tournament with money on the line, this update is going to make your life better or possibly worse. March Madness 2013 starts on Tuesday, March 19th and ends on Monday, April 8th. 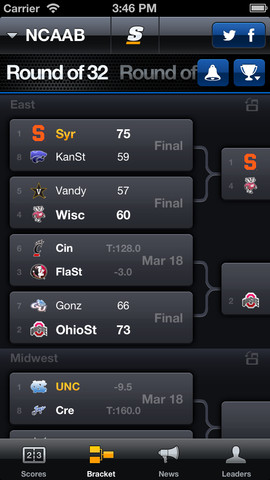 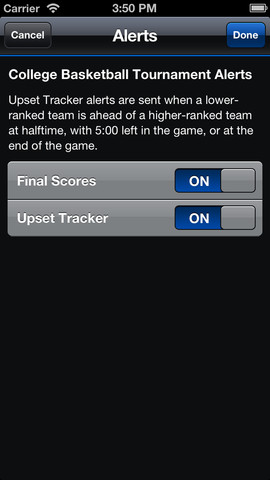