If you’re a fantasy sports player, Toronto-based theScore has launched QuickDraft for iPhone today, their mobile take on the idea. The free app offers cash prizes for players, starting with NFL football, while the NHL and NBA are coming soon, with the MLB expected in Spring 2016.

Benjie Levy, the Score’s president and chief operating officer, explains to The Toronto Star they had originally planned a paid product, but to avoid regulatory issues in the U.S., they opted for a free app model (and to help the app gain traction). 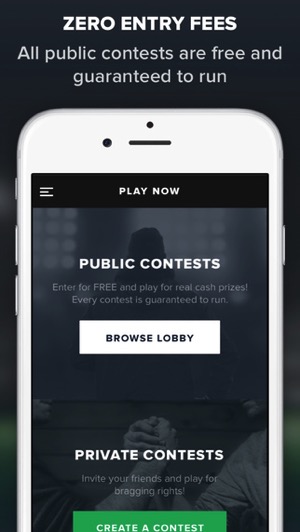 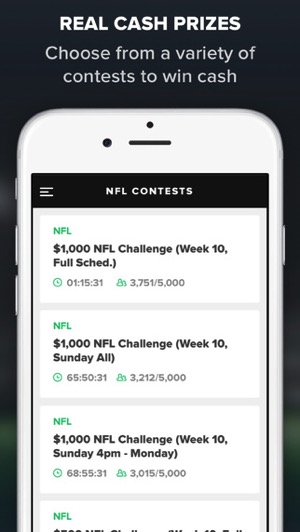 QuickDraft is built on an app by Swoopt, a San Francisco company theScore acquired a year ago. Right now, the focus is on quick and casual fantasy play for mobile, much different than choosing a full roster like other major fantasy sports offerings online.

The immediate focus on NFL means players just pick five players, and can be entered into public or private games, with real cash prizes available. Right now, there’s a public $5,000 Kickoff Special, where the winner takes all (limited to 5000 players), but there are also league-style contests and tournaments, with prizes ranging from $20, $500 and $1000.

The company says it expects to give away tens of thousands of dollars per week, on a smaller scale compared to larger players like DraftKing and Fan Duel. The smaller payout also aims to keep sharks from being drawn to the mobile fantasy games, while Score employees are also banned from playing.

Definitely an interesting idea that will have many casual fantasy players on board. Because ain’t nobody got time to pick out rosters of players nowadays.

Click here to download QuickDraft in the App Store—it’s free. Let us know what you think of it.