For users of theScore’s eSports iPhone app, a recent update has now added live coverage of Heroes of the Storm tournaments, on top of making some improvements to scoring data for Dota 2 and CS: GO tournaments. 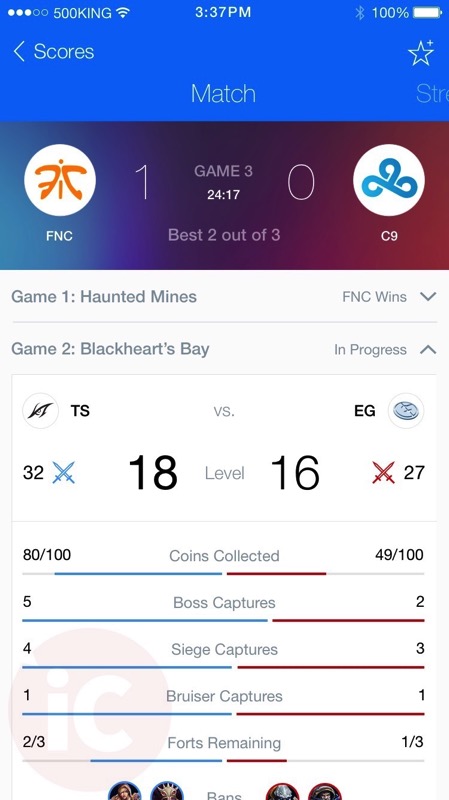 Heroes of the Storm was released by Blizzard back in June, and is gaining widespread popularity, despite only being three months old. The game made its first ever international tournament debut yesterday at the MSI Masters Gaming Arena competition which kicked off yesterday at the PAX Prime convention in Seattle.