The developers of popular game Threes! have launched a new version of the game that’s free, but supported by ads. The regular ad-free version is still available for $3.49 CAD in the App Store, but this new free version looks to get new players to try out their game, which has been relentlessly cloned (looking at you, 2048 and others).

We don’t feel comfortable interrupting your game experience to ask for reviews, but if you are feeling generous with your time please take a moment and let us know what you think of the game ^__^

Thank you for playing <3

The ads don’t show on the main game screen itself (which is great), but if users want more free plays, watching a 15 second video ad brings three more plays. Yes, video ads like those for Game of War. Anyways, the developers need to earn a living and the ads will help do that. But of course there’s an option to upgrade to the full version, which also carriers over your scores through GameCenter. 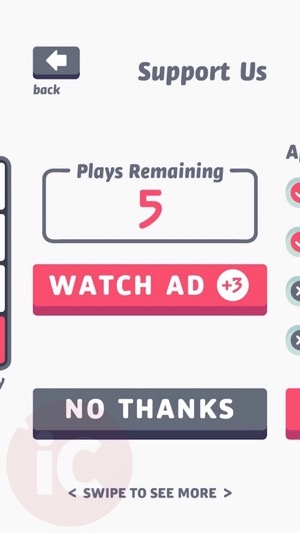 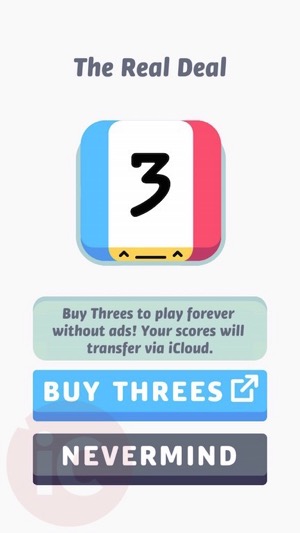 If you’ve always wanted to try out Threes! for iOS, this is your chance to do it. It’s an awesome game that I haven’t played for a while, but after playing it just now, I may be hooked again.