Back in December of 2011, Tim Hortons launched their all-new TimmyMe iOS app. Just recently it was updated on the eve of their annual “Roll Up the Rim to Win” promotion to allow users to participate daily for free right from within the app, dubbed “Rrroll up Roulette”. Users can participate in the contest daily to win numerous online prizes (registration required). Examples include: 25 daily $25 Tim Cards; 350 daily Universal Music 3 song downloads; 4 weekly prizes of Free Coffee for a Year. 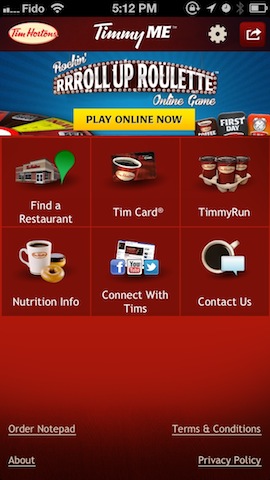 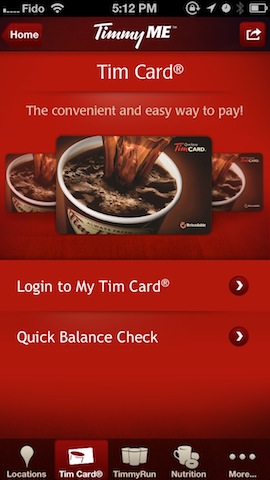 What’s New in Version 4.0
New Tim Card Features: Set it and forget it! Now you can set your registered Tim Card to auto reload right from your mobile device

TimmyRun: Is it your turn to go for a ‘Timmy Run’ at the office today? Now organize your next ‘Timmy Run’ on the go via your smart phone. 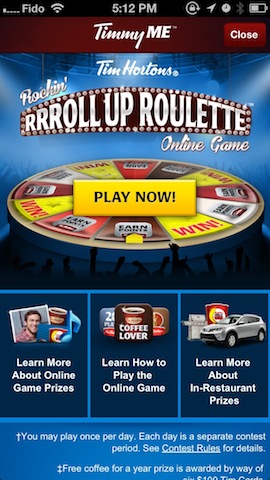 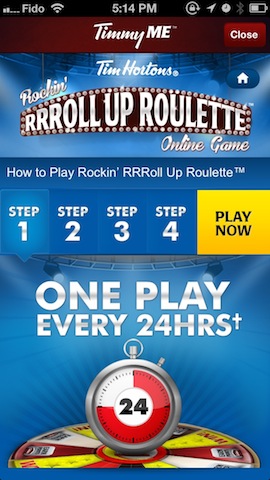 Also new is the ability to register your Tim Card to have it auto reload from the app itself, plus a new Timmy Run feature to help you jot down orders when it’s your turn at the office. One highly requested feature is for TimmyRun to adopt Passbook integration to allow users to pay seamlessly for their orders, similar to what we’ve seen with the Starbucks iPhone app. Are you currently using TimmyMe?