Do you hit up Tim Hortons daily? If you do and have been using the TimmyMe iOS app for payments, tonight’s update has finally brought Passbook support. This means you can now load up your My Tim Card into Passbook and have it pop up on your lockscreen at favourite locations of your choosing. 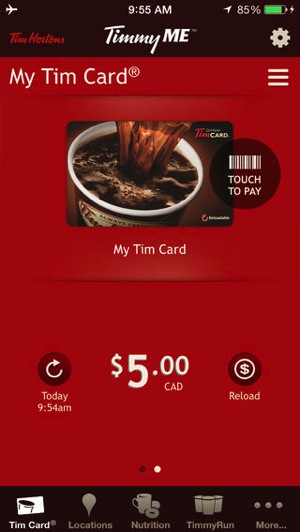 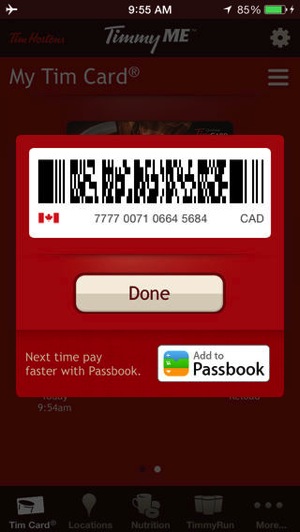 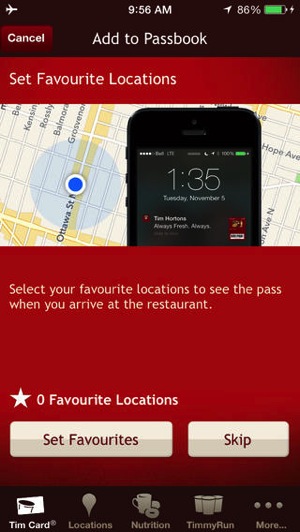 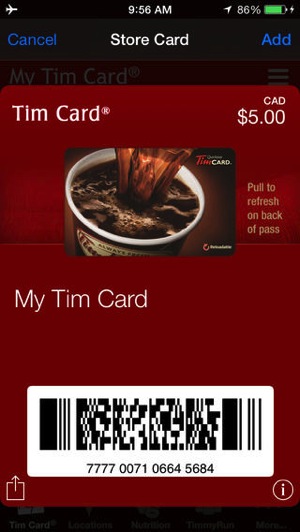 Also new in this update is a slight redesign of the app for simpler navigation and the overall app size has decreased as well.

Last December the coffee chain started testing out mobile payments with the app, but now it’s become mainstream and Passbook has finally arrived.

Tim Hortons relaunched the current TimmyMe iOS app back in the winter of 2011.

Click here to download TimmyMe for iOS—it’s free. Let us know how Passbook support works out for you!