To Jailbreak Or Not to Jailbreak, That Is the Question 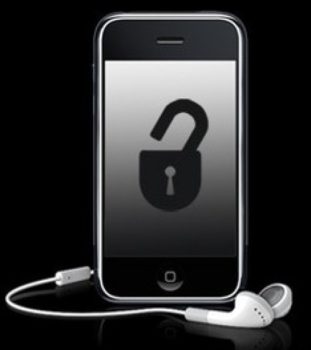 I get asked this question a lot by fellow iPhone enthusiasts: “Do you jailbreak your phone?” I know as soon as this question is asked, a healthy debate is about to ensue.

Recently this article was written on Cult of Mac. The author has eloquently stated his case as to why he is in favour of jailbreaking. This opinion is echoed by many of my colleagues, friends and family. However, it is an opinion that I personally do not share.

Before I explain why, I might need to take a step back. There may be some of you that are asking “what does jailbreak mean?” This is certainly a fair and valid question, one that I’d wager will be asked by a larger number of people then you might think.

So, here’s an explanation. Jailbreaking is the name given to the process used to modify the operating system running on an iOS device (including iPhone of course,) to allow the user greater control over their device. This includes the ability to remove Apple-imposed restrictions, and install apps obtained through means other than the official App Store (the most widely-known being a program called Cydia.)

When I debate with pro-jailbreak individuals, they list the various advantages associated with doing this. Admittedly it’s a long list, and usually centres around two main themes: 1) The ability to make small customizations and tweaks to the OS, 2) Downloading apps that one cannot obtain through the Apple’s App Store.

These are both perfectly valid and true points. But this is where the “opinion” part of this opinion piece comes into play. My typical answer to all of these points is simply – “Meh, so what?”

From my experience, I have yet to come across anything that is Earth-shattering enough where I must have it! Don’t get me wrong, in a lot of ways I’m a big an iPhone nerd as any. I’ll be the first one to geek out at a party and start discussing the latest iOS software update. But nonetheless, I still have yet to come across that “I want it!” feature I can get by jailbreaking.

My iPhone, as it stands without jailbreaking, provides all the productivity and entertainment I could possibly want in a phone. Between music, movies, games, productivity apps, news, podcasts, books, etc., etc., ETC.! …. that is enough for me!

The App Store has literally hundreds of thousands of applications, some free and the majority being under $5.

I feel that the things I can obtain by jailbreaking do not improve my overall experience enough to justify the effort, and the additional considerations.

Now before you pro-jailbreakers start screaming at me, yes I’m certainly aware how easy it is to do these days. I mean the process practically completes itself! It takes no more than 5-10 minutes for sure.

But still, there are some disadvantages, and other things to consider.

Whenever Apple releases an update to iOS, one must wait for developers to create a jailbreak for this latest version, before one can apply it. Therefore this means you must wait longer to install the latest iOS updates. While this wait time may be small (days or sometimes weeks,) it’s a wait nonetheless.

This also means that you must either 1) Apply the jailbreak every time there is an iOS update, 2) Keep your jailbreak implemented, and never accept Apple’s updates. Neither of these two options is that appealing to me.

Sometimes these updates contain critical security patches, or address annoying bugs in the software. For this reason, I personally prefer to update ASAP.

History has shown that typically the best new features and functionality that can be obtained by jailbreaking, end up showing up in a future release of iOS anyways. For example – the upcoming iOS 6 update will include the ability to use FaceTime over cellular network (not just WiFi,) and full-screen mode for Safari, to name a couple. These are both features I’ve heard jailbreak enthusiasts tout about in the past.

There are other concerns too: impact on battery life, potential warranty violation, and security vulnerability, to name a few. All of these may be debatable, but they are certainly worth considering.

So back to a previous point I made – I’m a patient man, and I can wait. There’s nothing so monumental that I need to have it now.

So in conclusion: to jailbreak, or not to jailbreak? Well, the answer is subjective. It all depends on how much personal value you place on the things you can gain by doing so. Weigh that against the considerations I listed, and there’s your answer. There’s really no right or wrong answer, just opinion.

The general perception I get from those who jailbreak is “I do it, just because I can.” To me, that isn’t a good enough reason.

Now don’t get me wrong – in the future, if the game-changing jailbreak-only feature is released, I’ll be the first one to jump on the bandwagon. But until then, my answer will continue to be “Meh, so what?”