For those in Toronto, you can now get engaged with the Crimestoppers program via your iPhone. The organization has launched a new free app to enable citizens to submit tips anonymously, protected by the Supreme Court of Canada. According to an interview with the Canadian Press:

He says many people who witness crimes often don’t report them for fear of being identified, but with this app, says Douglas, police and Crime Stoppers hope bystanders will “feel more empowered to be socially responsible and take action.” 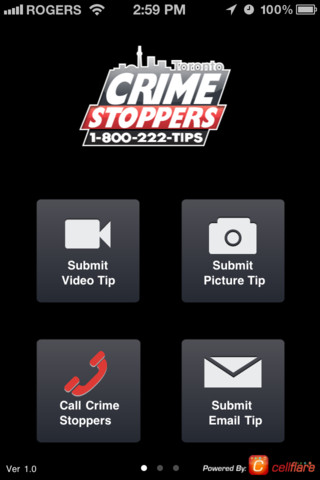 Here’s what the app can do:

With this new technology the user has the ability to:

Definitely a fantastic idea. With the growing number of smartphone users and everything being captured via mobile, this is a pretty smart move. The app has been out since May, but the official announcement came today. Let us know how you like the free app.