Knowing when the next bus is coming means a lot when you depend on buses to get around. This is why Transit 360 is a great app to have. 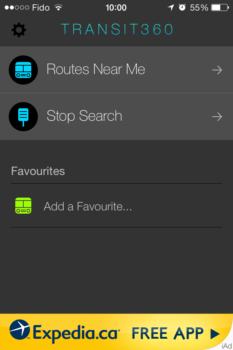 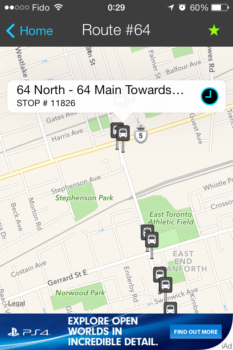 Find your bus route, then see where it stops on the map

There are two ways to use Transit 360, you either search for the routes near you or manually search for a route by either name or number. Once you find your bus route you can see where it stops on the map, see the times a bus will stop there, set an alert to remind you the bus is coming and save the route to your favourites, which lets you access the route from Transit 360’s main page. Also, at the time of this review Transit 360 has bus route information available in only eight major Canadian cities, such as Toronto and Vancouver.

The issue I’ve always had with generic transit apps is they don’t service the city I live in and Transit 360, along with The Transit App and Rocket Man are no different. That issue aside I still believe Transit 360 is a great app. All the information I wanted for each route was available to me. Also, I had a much easier time finding routes, stops and times using Transit 360 than with The Transit App or Rocket Man. Although, Transit 360 supports far fewer cities in than either of these other apps. 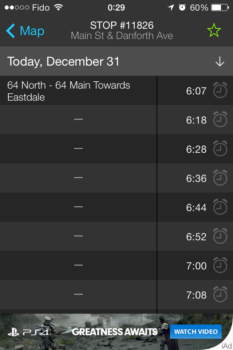 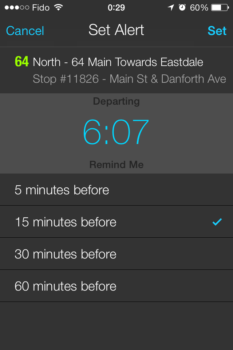 If you need to take a bus, Transit 360 has the information you need presented in a clean, easy to understand manner. You can download Transit 360 from the App Store for free (ad-supported). Then, tell us which transit app you use.