The new Transit Alarms feature allows users to set a reminder to notify them of when to leave and start heading to their stop, that way you’ll never miss your bus or train again. Alarms can be set to occur once or have them repeated. The alarms also elegantly disable once you start walking.

Tap your route, open up the schedule list (clock icon), and choose which departure you want to receive a reminder for, and how early (5 minutes before your bus comes, 10 minutes, etc.). We’ll send you a push notification to let you know when to leave.

New bike path support means you can now find a safe route for your ride on the map. Another addition is the ability to see car sharing in the trip planner for all services you are signed into.

As for the bike path options, the app did show the route for the Lochside Trail to head into town: 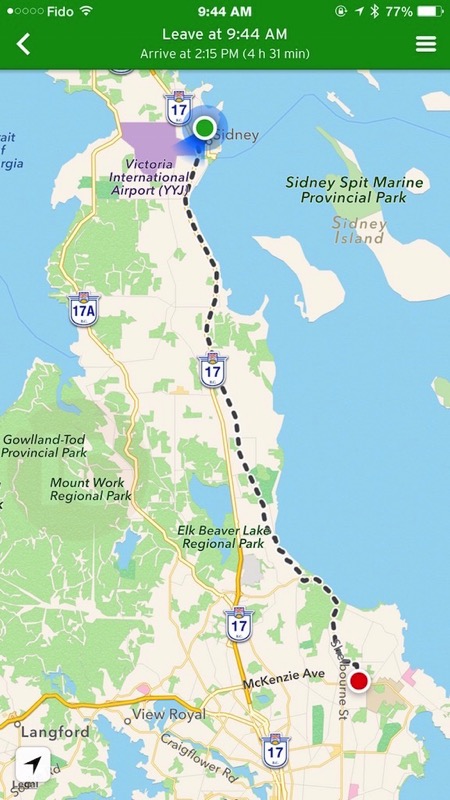 Click here to download Transit App for iPhone in the App Store. Let us know what you think of this update!