Corus has officially launched TreehouseGO 2.0 for iOS, which introduces new features such as improved offline downloads and more parental controls.

The app is targeted at preschoolers and the new and improved offline download feature will allow shows to be viewed without an Internet connection, making it handy for road trips or anywhere that requires keeping your toddler busy. 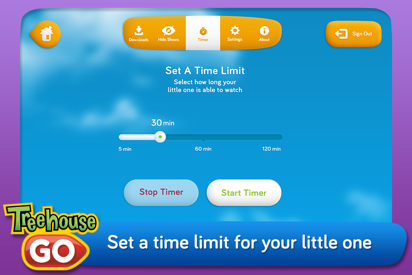 New parental controls add a timer to limit viewing sessions (from 5 minutes up to 2 hours), plus the ability to hide shows you don’t want your kids to watch.

The app has been updated to be faster than before, loading videos twice as fast and downloads now 3-4 times quicker, on top of stability and optimization improvements for older iOS devices, reducing in fewer app crashes.

TreehouseGO will require users to login and authenticate with their cable provider.

Click here to download TreehouseGo for iOS in the App Store. The app launched back in June 2015.