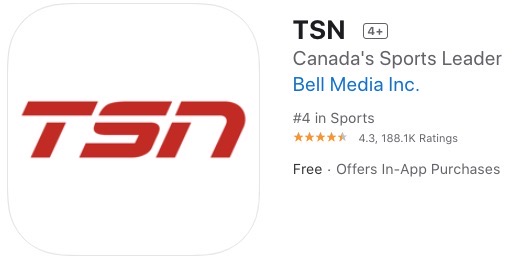 “The TSN app now supports Chromecast so you can watch the biggest events on-the-go or cast from the comfort of your couch​!”, explains the app update.

If you don’t own an Apple TV 4/4K, which has a TSN app available, Chromecast support means you can now beam to your Chromecast media stick or compatible TV.

Also new in this update to TSN for iOS are “new scoreboard details to help you keep track of your favourite teams,” specifically those in the NBA and NHL playoffs right now.