A couple of months back, Tweetbot for iPhone and iPad was updated to open links in Chrome or 1Password, inline image support for Flickr as well as for Vine. Today, Tapbots have pushed another update to their Twitter client, taking Tweetbot for iOS to version 2.8 that introduces a brand new media timeline and a revamped image viewer, in addition to various bug fixes. 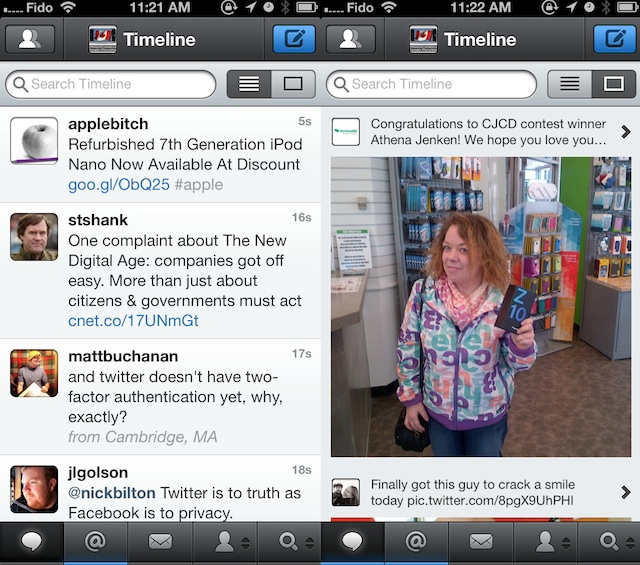 According to Tapbots’ Paul Haddad, the media timeline exists simply because they “thought it’d be a good feature to add, as it lets people view their stream in a different way.” The new media timeline, that looks a lot like the ‘Discover’ tab on Twitter.com, allows users to easily scroll to the top of a timeline and switch to the new media view, next to the search box. The update also fixes Instagram Previews and displays the number of Favs and Retweets in Tweet/status detail view.

– New media timeline. Scroll to the top of a timeline and switch to the new media view (next to the search box). This view displays only supported image and video tweets.