Twitter has announced today they have introduced direct message sync across all of its official platforms on Android, iPhone, iPad, Mac, twitter.com, mobile.twitter.com and TweetDeck. So now you will no longer have to be bothered to mark you direct messages as read on each device. Also new today are improvements to search, which includes expanded results for bios.

Also, the official Twitter for iOS and Mac apps have been updated today as well:

On Twitter for iPhone, it’s now easier to reply to Tweets with a built-in Tweet composer that appears when you tap to see details. It’s also easier to find accounts to follow with a new people button on the navigation bar, making the iPhone experience consistent with our Android app. Tapping this icon reveals a list of accounts that may be interesting or relevant to you.

On Twitter for Mac, the Connect tab now includes interactions, so you can see favorites and retweets, along with @mentions –– similar to what you see already on the web and other mobile apps. You can also update your preferences to view @mentions only and manage your notification settings for all interactions. Finally, the app now supports six additional languages: Danish, Filipino, Finnish, Norwegian, Swedish and Thai. 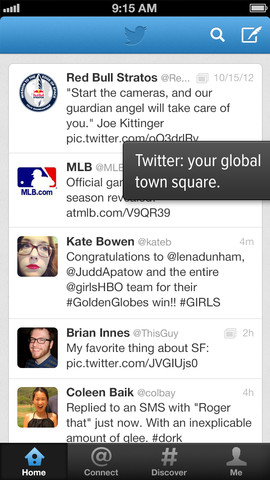 Let us know what you think of these latest updates to Twitter for iOS and Mac.