Twitter has announced an update to its iOS app to bring the ability to add filters to photos and edit them as well; reports on the weekend noted this feature was coming soon and it has arrived:

Starting today, you’ll be able to edit and refine your photos, right from Twitter. The latest versions of Twitter for iPhone and Twitter for Android introduce a few new ways to enhance the images you tweet. We’re grateful to our partner, Aviary, for powering our filters and effects. 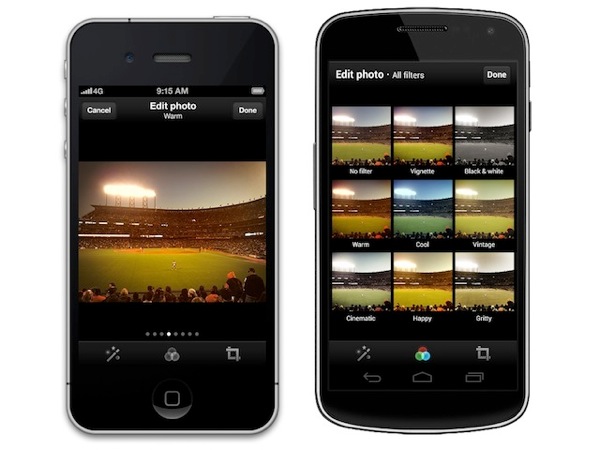 The update includes the following features:

You can check out Twitter’s promo video below.

The update is still propagating and has not gone live in the App Store yet. Stay tuned by trying this link for the update. Let us know what you think of this new update.

Update: The update is now live in iTunes. Get it here.