Twitter has updated their iPhone app to add some interface tweaks for what the company calls a “cleaner, simpler look.”

Anywhere that previously had large areas of blue now show white, such as the bar on top of the app, “to make our use of color pop more vibrantly against the white,” explains the company in an email. These new changes to remove some blue were made so users would be able to “focus on all the best Twitter content,” making for a cleaner look.

You can see the new white bar implemented into the app below: 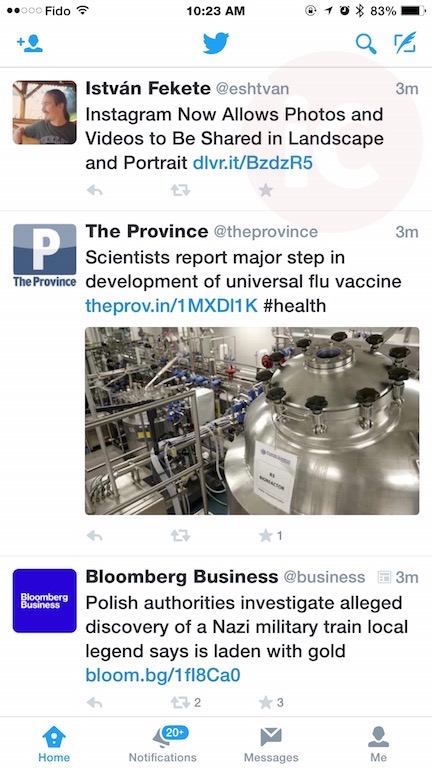 Last month, Twitter for iPhone added the iOS 8 share sheet and support for AirDrop. Earlier this month, Twitter made changes to Direct Messages, to allow them to expand beyond 140 characters.