Twitter has announced a new view for conversations within its iOS, Android and web apps, designed to make it easier to follow what’s going on. The rollout is underway and the company says you can now share conservations and tweets via email (which has long been available in other Twitter clients).

As you can see, Tweets that are part of a conversation are shown in chronological order so it’s easier for you to follow along. You’ll see up to three Tweets in sequence in your home timeline; if you want to see more, you can tap a Tweet to see all the replies, including those from people you don’t follow. We will start rolling this out to everyone today. 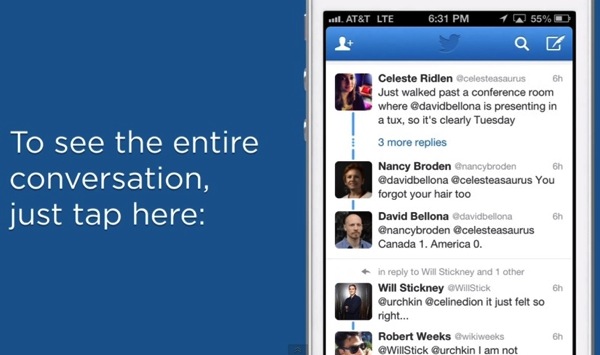 Check out the promo video below for this new feature: