Prior to the update, selecting twitter’s “quote tweet” option would start a new tweet containing the entire text of the update you were quoting, leaving few, if any remaining characters for you to share your own thoughts.

The new functionality will embed the actual tweet instead of its text, leaving you with 116 characters to tell the world how you feel about a topic. It’s really pretty stellar in comparison. 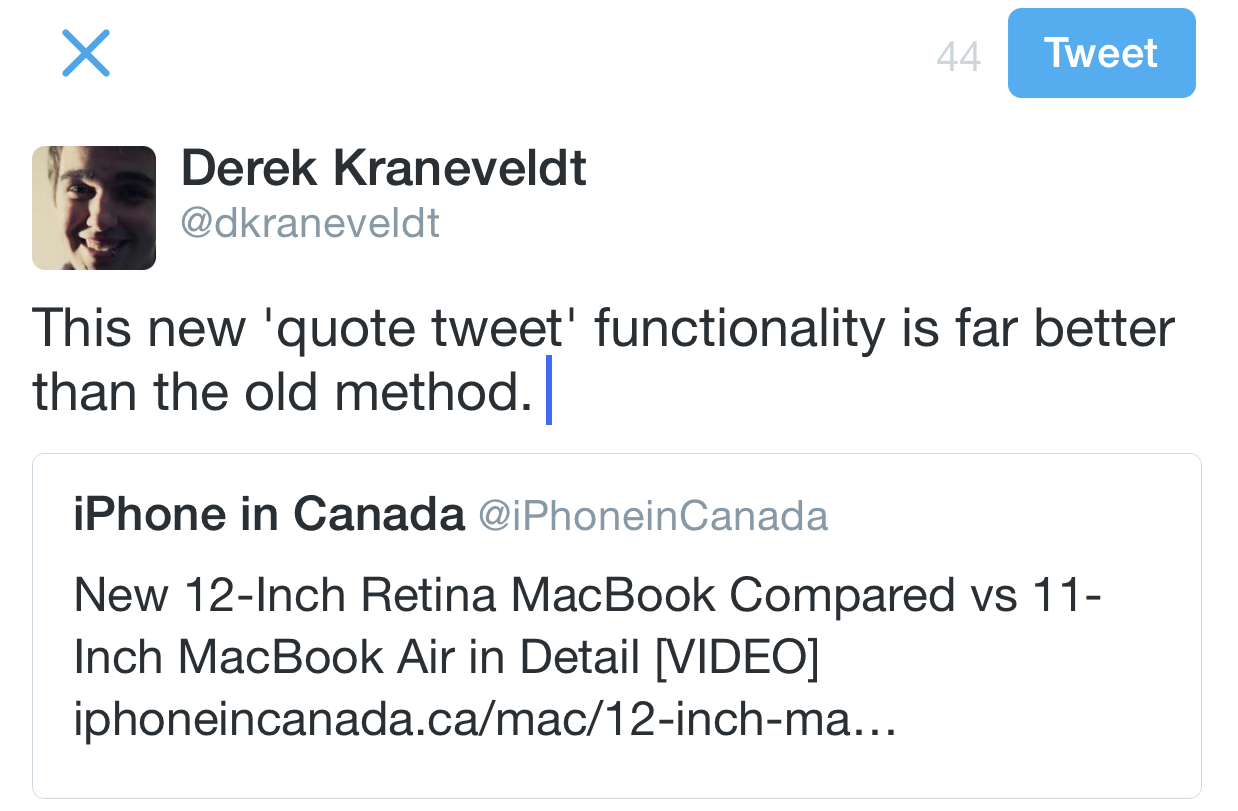 The enhanced functionality is now available for web users, and users of Twitter’s official iOS client, with Android support coming soon. Today’s update to the iOS app also adds support for the Apple Watch, noting that you can “Tweet, Retweet, reply and favorite in a flash. Quickly see recent Tweets and top trends. Share your location, a song or your thoughts with a flick on the wrist. It’s Twitter, but littler.”

I’m not sure that I’ve ever used Twitter’s “quote tweet” functionality before as it offered little that a simple retweet didn’t. Now that the experience is far better, however, I’ve already used the feature a handful of times. Hopefully Twitter adds the same functionality to its oft-forgotten OS X client sometime in the future as well.

Have you had an opportunity to try out the enhanced functionality? What did you think? Be sure to let us know in the comments below!