Twitter has updated its iPhone app today to introduce a new tweet composer which makes selecting images much easier. You just tap the photo icon and your photo gallery will appear underneath instead of launching in a new window.

The larger composer also shows how your tweet will look like prior to sending it. Note the hashtag and ‘@’ has now moved down to the keyboard. The addition of the question ‘What’s happening?’ takes from Twitter’s web view.

Old on the left; new on the right: 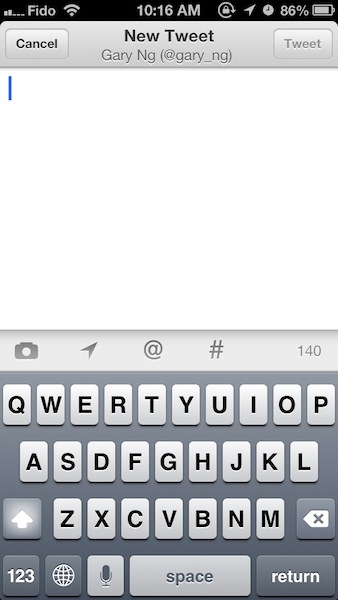 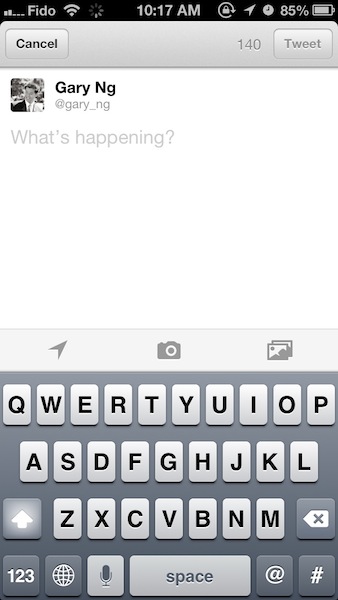 Twitter also notes there are now wider timelines throughout the app and if your friend joins the social network you will also be notified.

What’s New in Version 5.7
The new Tweet composer for iPhone makes sharing photos easy and lets you preview how your Tweets will look. Also:
• Enjoy a more beautiful design on iPhone with wider timelines in all parts of the app
• Receive a notification when a friend has joined Twitter
• Improvements and bug fixes for lists