A controversial app launched by the Humane Society of the United States has targeted Canada’s seal pup hunting industry. Within the app, it guides users to boycott any Canadian businesses that support the seal hunt and allow users to search for ‘Seal Friendly’ restaurants and grocery stores.

The Federal Government in Canada has dismissed the app, noting that the information is inaccurate:

A spokeswoman for Fisheries Minister Keith Ashfield told Postmedia News in an email that this recent campaign is spreading “misinformation.”

“We believe that consumers should be free to make their own purchasing decisions based on the facts — that Canadian seafood products are among the best in the world and that the seal harvest is sustainable, humane, and profitable,” she said.

The app in question is called ‘Protect Seals’, and its iTunes description is pretty clear in what it is trying to achieve. It specifically targets the seal hunt in Newfoundland, Prince Edward Island, Nova Scotia, and Quebec:

For years, Canada has authorized sealers to slaughter hundreds of thousands of seal pups — most of whom will be under three months of age when they die — for their fur. By dining and shopping at establishments listed on this app, you will help to bring an end to Canada’s cruel and needless commercial seal slaughter.

The restaurants and grocery shops listed on this app have each committed to shift key bits (and in many cases all) of their seafood purchasing away from Canada until it ends the seal slaughter.

With this app, you can:

* Search for “Seal Friendly” restaurants and grocery stores by current location, name, ZIP code and more
* Share Seal Friendly establishments with your friends
* Take action on important issues related to ending the seal slaughter
* Use tools to recruit your favorite restaurant or grocery store to join the boycott

The establishments listed on this app are doing one of three things: boycotting snow crabs from Canada, boycotting seafood from sealing provinces (Newfoundland, Prince Edward Island, Nova Scotia, and Quebec), or boycotting all Canadian seafood. We welcome all of their efforts. Please thank them when you visit them!

The people who kill seal pups for profit in Canada are commercial fishermen. By avoiding seafood they catch, we are sending a clear message to Canada: “We won’t buy while seals die.”

Thanks for supporting businesses that are working to shift Canada to a higher, more humane standard of marine stewardship. 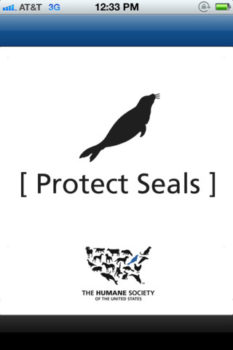 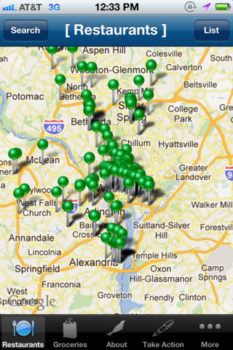 Nobody likes to see seal pups get whacked, unless you’re part of the 6000 members within the Canadian Sealers Association. You can check out the ‘Protect Seals’ app here. What’s your take on the seal hunt?