Ubisoft has launched ANNO: Build an Empire exclusively in Canada, part of a soft launch for their iPad title, which takes from the long-running city-building strategy game for PCs.

Set sail in ANNO: Build an Empire. Discover uninhabited islands, colonize them and start a unique iPad adventure. Meet the many challenges involved in running a colony, as you juggle managing buildings, resources and your islanders’ various needs. Only through skillful trading, smart diplomacy and insightful city planning will your island flourish and prosper. 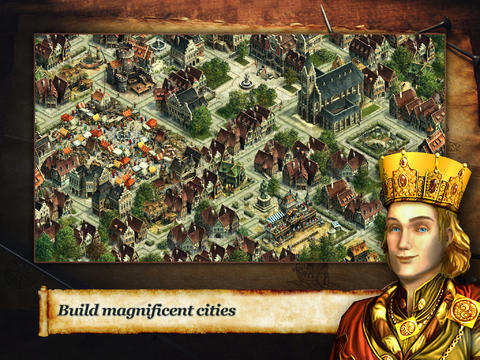 This is the first time an ANNO series has made its way to the iPad, which will allow you to build your city using a touchscreen, something Ubisoft says makes the game easier for beginners but still challenging for veterans.

The ANNO series was originally created by German studio Related Designs, which was acquired by Ubisoft last spring and worked on at their Montreal studios.