I’ve been playing a neat game called Unicycle this morning and holy crap is it ever hard. Thus, I dub it the ‘Flappy Bird’ of unicycling games (based on its simple game play and difficulty), created by Calgary developer Nathan Johnson.

Your goal is to turn the wheel so your unicyclist rides forward, but the physics make it really, really difficult. It’s fun to play and does take some skill to get things moving. I failed miserably at this game but it was pretty funny watching the character crash and burn like a rag doll.

You can also collect coins and balloons which help keep you up from falling as you ride along. These extras can also be made available via in-app purchase. The game is ad supported but there’s a code to turn them off. Just tap on the logo in the main menu four times quickly and enter “noadsplease:)”. 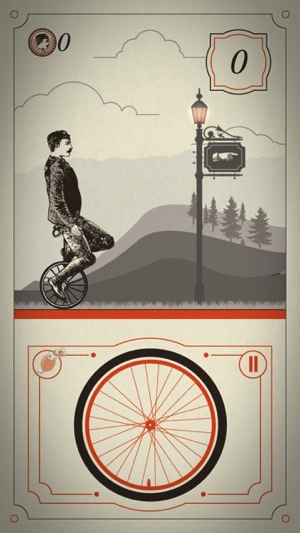 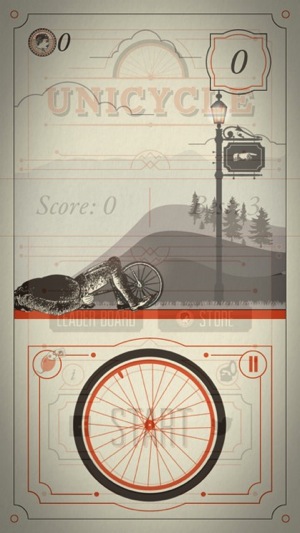 Johnson took some extra steps to make the game reflect its time period. The app is quite polished and the character is an 1888 etching of J.K. Starley, creator of the modern bicycle we’re told. The music is an actual piano roll from 1908 of Scott Joplin’s “Pineapple Rag”. The artwork is based on assets that are over 100 years old, which Johnson had an artist help complete for his game.

The game was developed completely with Apple’s Sprite Kit in Johnson’s spare time and a Swift rewrite is halfway done. He says the game is what he imagines unicycling would be like in real life, but actual unicyclists tell him it’s actually easier than his game.

If you’re looking for a fun game that looks great and is fun to play against friends, Unicycle fits the bill. It is also a game to throw at your kids to keep them occupied for a while (it just might work for a very, very long time).

Click here to download Unicycle for iOS—it’s free and requires iOS 7.1 or higher. Let us know your high score!