Videotron has launched an iPhone version of its Mobile Usage app, which makes sense since the Quebec carrier launched sales of Apple’s newest smartphones back in March.

With the Videotron Mobile Usage app, you can track your residential and business mobile Internet usage on your iPhone phone.

Tracking your mobile Internet usage with Videotron’s official app means:
You get detailed overviews of your day-to-day data usage, so you can better manage and control your usage.

An overview of additional fees that will apply if you exceed your plan’s data limit.
You can compare your current data usage to that of the past two months.

The app provides details of your billing cycle and days left in the period, along with a daily breakdown of your data usage. 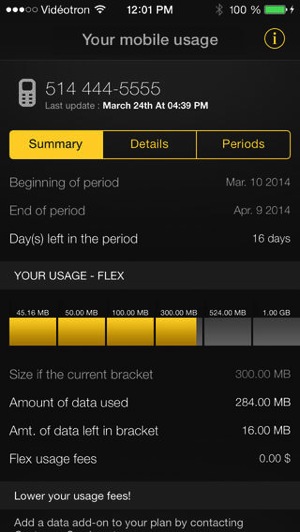 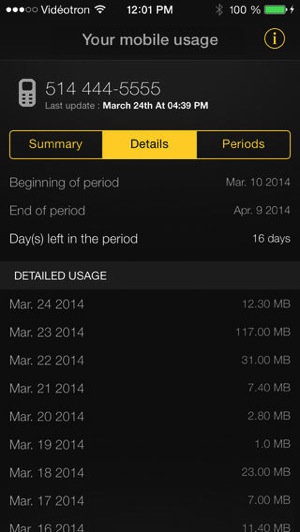 Data usage will be refreshed every 1 to 4 hours based on your usage (increased usage means more frequent updates) and roaming data outside of the company’s network is also included. The app requires iOS 7 and says it will support the iPhone 5S and iPhone 5C (late model AWS iPhone 5 models should work as well).