Last week AMC launched The Walking Dead: No Man’s Land on iOS ahead of this past weekend’s season premiere of the show’s sixth season. In less than one week after launch, the app has been downloaded over 1 million times, and currently has topped free App Store charts worldwide, including Canada.

“We’re thrilled that so many people are enjoying The Walking Dead: No Man’s Land along with the launch of season six,” said Mac McKean, senior vice president of digital media for AMC and SundanceTV. “We worked closely with Next Games to give fans a mobile game that’s entertaining and true to the world of ‘The Walking Dead.’” 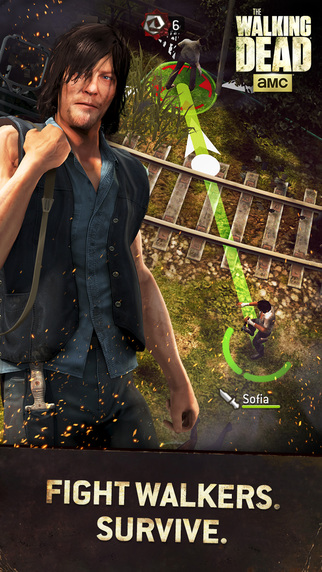 AMC teamed with Finland’s Next Games to produce the game for iPhone and iPad, which currently is number one in Canada, the U.S. and more under the Free app category. AMC shared the following stats via email, which also includes Canada as one of the top 10 countries by installs:

While I enjoyed the first seasons of The Walking Dead, I am 1-2 seasons behind right now. How many times can you kill walkers over and over?! Let me know in the comments if I should continue watching the show!

Click here to download The Walking Dead: No Man’s Land for iPhone and iPad, it’s free in the App Store, powered by in-app purchases.