Earlier this year we covered Receipts by Wave as a way to track and organize your receipts and bills. Now, Toronto-based Wave has launched a new Payments by Wave iOS app to allow small business users to accept credit card payments, record cash payments and issue receipts right on their iPhone and iPad.

“That endless to-do list is a killer for small business owners. It’s stressful, it’s never-ending and it’s entirely unnecessary,” says Wave CEO Kirk Simpson. “With Payments by Wave now available for iOS, not only can small business owners get paid on the spot, but the extra record-keeping steps are automatically taken care of for them.” 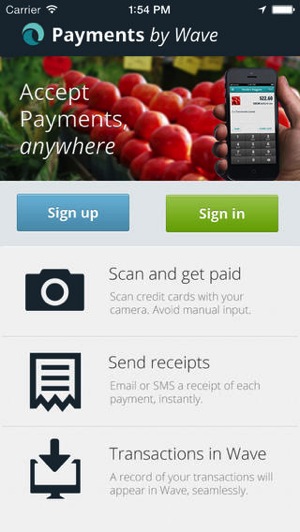 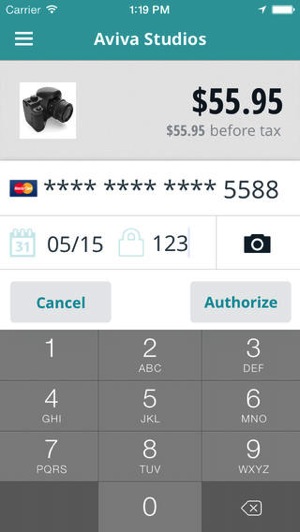 Payments by Wave accepts Visa, MasterCard and American Express, with fees at 30 cents plus 2.9% per transaction. Users use the iPhone’s camera to scan credit cards or manually input data without the need for hardware, powered by Stripe’s software. Once transactions are completed entries automatically update your accounting entries for free online over at WaveApps.com.