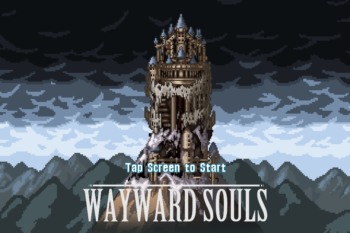 Wayward Souls is a fun action-adventure RPG with randomized dungeons and permanent death, mean to be played when you don’t have a lot of time. Every play through will have a unique dungeon layout and enemy placement, and when you die it’s game over and you have to start from the beginning of a new dungeon. You’ll quickly discover that surprise and danger awaits you around every corner and down every passage. 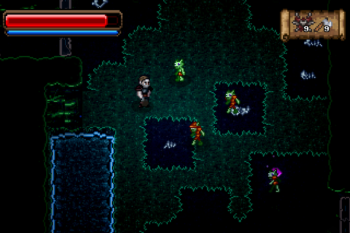 Environments range from swaps and caves

After the tutorial and introduction to the story, you choose one of three characters to take into the dungeon and you can unlock three more as you conquer each dungeon. The randomized environments and enemies keep Wayward Souls fresh, because aside from boss battles at the end of each dungeon, you never know what is coming next.

Additionally, dungeons are broken up into floors and you are given a health boost after climbing each set of stairs, which you’ll need, because enemies can be tough and are always plentiful. Each floor will take only a few minutes to explore and clear, while a whole dungeon about 15 minutes. 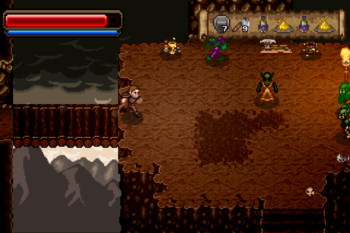 To mountain tops and luxurious towers

What surprised me most was that controlling my character was pretty easy. Being able to place my thumb anywhere on the left side of the screen and slide it to move worked for me as I was able to put my character where I wanted most of the time. Although I had trouble aiming the Mage’s ranged attack perfectly, the controls are accurate enough that I’m certain I could get better with practice.

Also, I liked how each character had unique attacks and abilities. A different story slowly unfolded as I progressed with them through each dungeon. However, because I’m playing the same areas over and over again, having to skip through the dialogue every time got old quickly.

Even though I recommend trying each character out, I decided to stick with the Warrior for two reasons. One, so I could upgrade him fully to make my dungeon crawling much easier; and two, his attacks were very broad so I didn’t have to try to hard to be accurate. 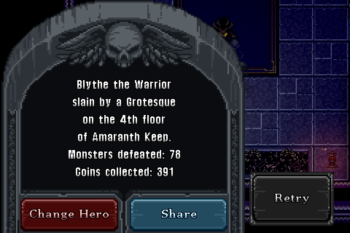 Back to the start! But I can spend my coins on upgrades to make the next round a bit easier

Check out the video trailer below:

Exploring and conquering a dungeon in Wayward Souls is a great way to spend an extra 15 minutes. You can download Wayward Souls for $4.99 from the App Store (and if you’re interested you should hurry, because the price will go up a dollar each time content is added). Then, tell us which character you prefer.