Over two years ago Google confirmed it had acquired navigation startup Waze and now we are finally seeing the first major overhaul of the app, with version 4.0 for iOS being released on the weekend in the App Store. 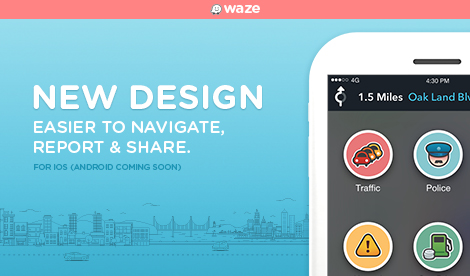 This new version brings a cleaner design with a much easier user interface for reporting and sharing, bringing larger touch targets, which is especially handy for those with smartphones in mounts in the car: 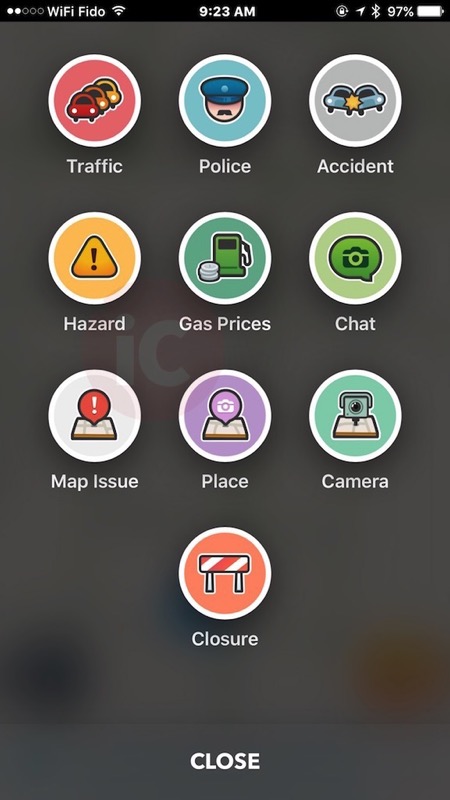 • Significantly reduced battery consumption.
• Fewer taps to start a drive, send locations
and directions.
• New ETA panel organizes everything you need in one place. View reports, check alternate routes, add a stop on the way, or instantly send ETA to friends and family.
• The new map is easier to read with a cleaner look catered to your drive.
• It’s easier to help others on the road with a faster, more visual reporting menu.
• Reports and alerts are color-coded so you can instantly recognize them on the map.
• Smart reminders to leave on time for your Calendar events based on traffic conditions and drive times.

Waze explains the new version requires less taps to access the navigation menu and contacts—just tap the new buttons in the bottom left or right of the app. There’s now the ability to view alternate routes and send your ETA to friends and family. If you sync your calendar to Waze, you’ll get alerts on when you should leave based on traffic conditions.

Most importantly, Waze says this new version “significantly reduces battery consumption so you can keep Waze fired up without losing your charge.” Check out the video below to see the new changes.

Click here to download Waze in the App Store. Let us know what you think of this update!