Waze for iOS has been updated to make its default search engine to be Google, which is not a surprise considering the latter acquired the app back in June. The search bar is now front and centre on the map and will automatically disappear (tap to get back).

Waze also says autocomplete for searches is coming “within just a few weeks” so you can find what you need faster than ever. 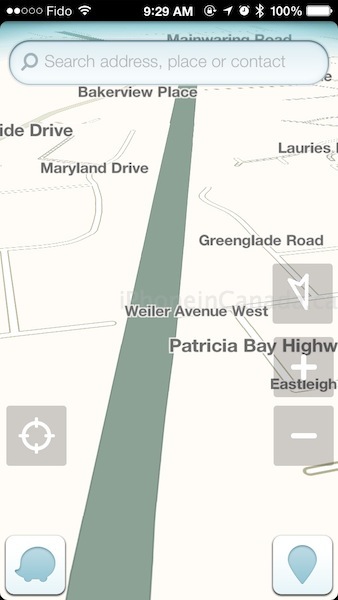 The Waze team also details how maps are now smoother with duplicate elements grouped together to make for a cleaner looking map.

Click here to download Waze, it’s free. Let us know if you’re using Waze as part of your daily commute.