If you are a fan of the Weather Network, the company has announced the launch of their new Apple Watch app, which allows you to bring weather for your favourite cities to your wrist.

The Weather Network launched this app as they want to “be at the forefront of emerging technologies,” which includes wearables.

You’ll be able to add the app to Glances to quickly check the weather and temperature. The app itself brings atmospheric pressure, cloud ceiling, visibility for drivers, sunset and sunrise times and previous day forecasts as well.

The app also informs you of when rain will start and stop, plus severe weather alerts as part of notifications. 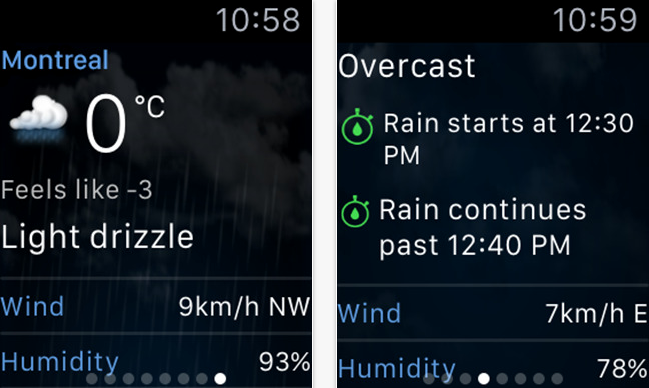 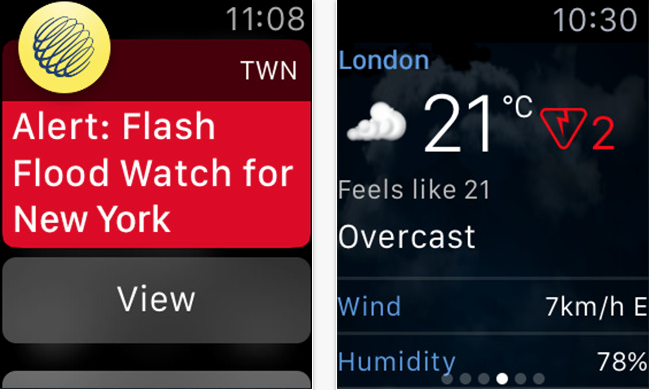 You can easily swipe left or right to view temperature for different cities and Force Touch will bring an option to refresh the weather.

We just tried this app and it works exactly as described. The only problem is native Apple Watch apps haven’t arrived yet, so apps such as The Weather Network load as slow as molasses since it’s getting data from your iPhone. But the Glances weather view looks great.