The Weather Network has officially announced a brand new app for Apple’s iPad, redesigned for iOS 7. The new update also brings new features such as a dynamic dashboard, weather alerts for saved locations, better video content and better layers to the weather map (which includes traffic flow and lightning detection). 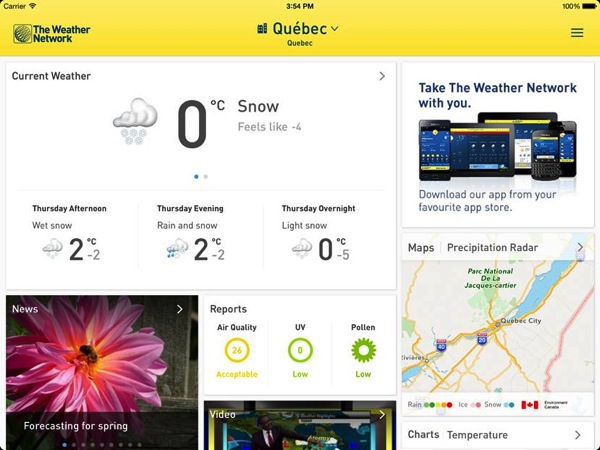 The new dynamic dashboard can update and follow you based on your location plus allow up to 20 saved favourite locations.

In a statement, Gita Ashar, Director of Mobile Applications and Emerging Technologies at The Weather Network said there are over 5 million iOS app users to date. When asked when these new features would be coming to the iPhone, we were told they are iPad-only for now.