Well.ca has updated their iOS app to include a new feature called ‘cupboards’ that allows customers to organize shopping lists based on the different areas of your home. iPhone and iPad users of the Well.ca app can access tens of thousands of items and have them shipped for free (on orders over $25) to their home seamlessly.

“Our goal is to show Canadians what the future of shopping is going to look like and it is obvious that tablets and smartphones are going to play a big role,” said Ali Asaria, founder and CEO of Well.ca. “Our mobile transactions have quadrupled in each of the last two years, making this the perfect time to introduce our iPhone and iPad app.”

To assist with online shopping, users can use the new built in barcode scanner to scan items in your home to add them directly to their shopping baskets. This April, Well.ca launched North America’s first QR code virtual store in Toronto. 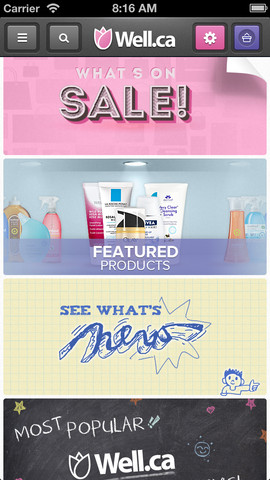 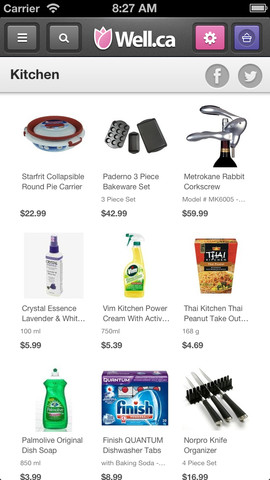 Check out a demo of the Well.ca app below:

Click here to download Well.ca–it’s free. I can see this being popular for those who don’t have time to go shopping. Anyone using this?