WestJet for iOS was updated this afternoon to bring some new enhancements to the app. Users can now filter fare results based on time frames and regions, while Apple Wallet boarding passes now support participating U.S. airports for to and from travel.

Previously, Wallet boarding passes were limited to Canadian and European destinations (Dublin, Scotland), according to the company’s website.

Digital boarding passes stored with the Wallet iOS app mean you can check-in and have gate attendants scan your iPhone or Apple Watch, instead of a traditional paper ticket (just make sure your battery doesn’t run out before the flight!). 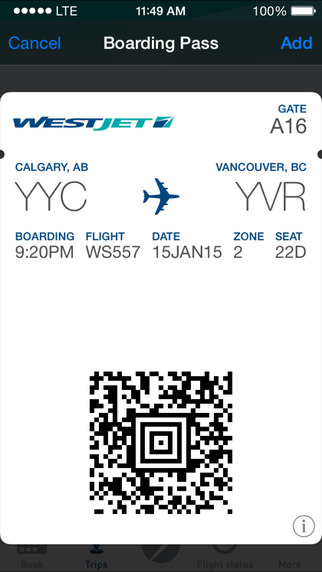 Also, those eligible for TSA Precheck can add their known traveler number during check-in to receive a digital TSA Precheck electronic boarding pass, to get faster security clearance at participating U.S. airports. Let us know if you’re going to be trying this expanded Wallet and TSA Precheck support.