WhatsApp for iOS received a minor update yesterday to add the ability to leave voice messages for unanswered VoIP calls, similar to voicemail.

What’s New in Version 2.16.8
• When placing a WhatsApp call, you now quickly leave a voice message if your call isn’t answered, just like voicemail.

When your voice call to one of your contacts is declined, you’ll see an option on the bottom right for ‘Voice Message’. To leave a voice message, just tap and hold, speak your message and let go. To cancel your voice message mid-way, slide to the left: 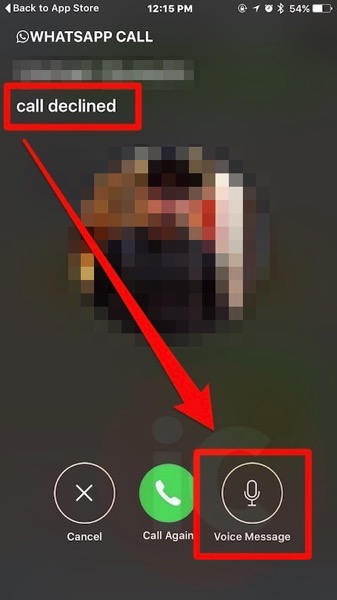 Your voice message will show up within a chat with your contact, as if you had sent them a regular message. The addition of this Voice Message option on declined calls saves users a step if they want to leave a message.

It’s a nice idea—but really, who still talks on the phone nowadays?!