For users of the Whistler Blackcomb Live app (free in the App Store), ESPN reports that the app is going to be updated in the near future to enable users to show their iPhone as their lift ticket.

Resort Technology Partners (RTP) has partnered withÂ Whistler Blackcomb and TELUS, a Canadian telecommunications company, to create a smartphone app functionality that will allow riders to use their mobile phones as lift tickets.

This new mobile lift ticket feature will make this app even better, as skiers and boarders will be able to eliminate the paper ticket and just use their device! TheÂ upcoming feature is being tested internally by Whistler Blackcomb and will be introduced soon. 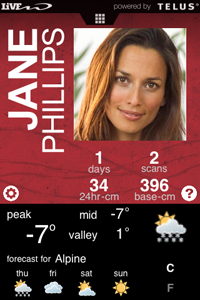 Thanks to Acura1.6 for the heads-up!