Users of the Winnipeg Free Press iPhone app will be glad to know an iOS 8 optimization update has been released, which includes a new layout and design to make use of available screen space. To our eyes though, the app does not seem optimized for the iPhone 6 or iPhone 6 Plus resolution yet.

Also new are more controls over offline reading options for those with limited data plans. Now you can choose to download text only or text and thumbnails for offline reading. The app also received some performance updates and bug fixes as well. 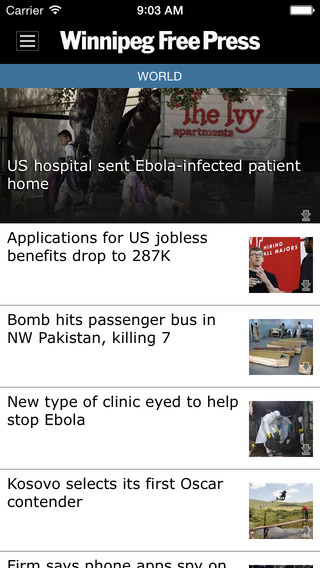