Winston is not just another news app, it’s a personal assistant that reads you the latest news headlines and updates from your social feeds.

Winston’s content is broken up into channels. There are general channels, such as Technology and Business, there is a Briefing channel that has some content from all of your channels, and you can add channels for a specific news source, such as The Guardian or The Onion. When you select a channel, Winston will read about 10 of the latest updates from it, and when you select the Briefing, Winston will also tell you the local weather report. 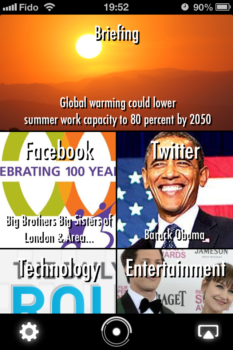 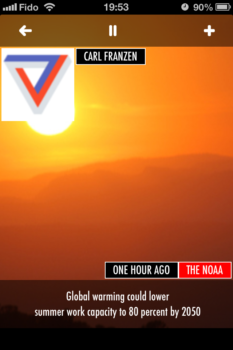 Unfortunately, Winston has a couple issues. The first is content. There are only a handful of websites Winston pulls headlines from, so your preferred news site may not be available.

The other is Winston’s voice, and I’m not talking about his accent. Too often Winston will read a Tweet or headline, and I find it won’t be clear or make any sense. This is because Winston often echoes, repeats itself, and blurs words and syllables together. However, most of the time I could still understand what Winston was saying. 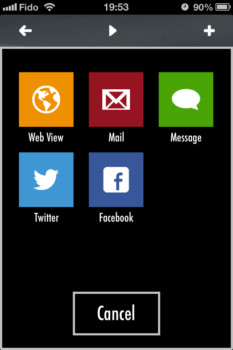 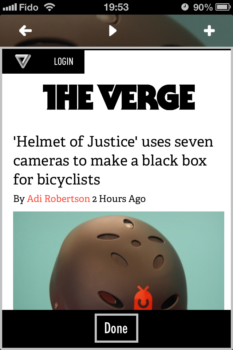 Tap a headline to view the article

Also, Winston’s pronunciation is ok, until it gets to a name. For example, Winston would pronounce Killzone as Kill-zin, Sinestro as Sine-s-tro, and G. Stroumboulopoulos as G. Strambo… mubble… mubble…. This didn’t make understanding Winston difficult, because usually the pronunciation was close or the word was in the headline, but this definitely made Winston more entertaining.

If you think having news, and social updates read to you sounds useful, or you want some free entertainment, give Winston a try. You can download Winston for free from the App Store here. Then, let us know if you understand what Winston is saying.