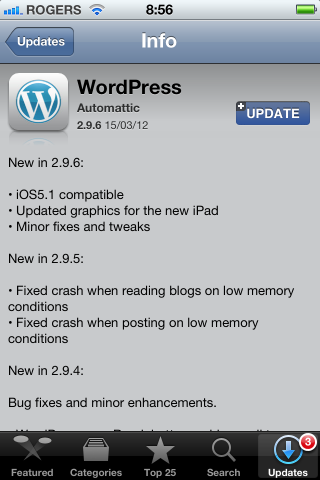 If you are a blogger on the go, you most likely have used the WordPress app for iPhone, iPod Touch and/or iPad. WordPress has made some great improvements to the app since the initial release. They have just pushed out a new update that brings compatibility for iOS 5.1, and new high resolution graphics for The New iPad. 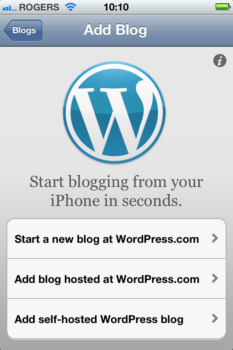 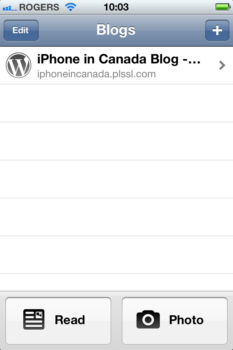 Although the iOS version of WordPress isn’t as feature rich as the web version, it is still a handy tool for quick blogging on the go. The update is available now, in the App Store, for free.