WordPress for iOS has released their 3.9.1 update which fixes a bug from the previous version which would cause edited posts to lose their original timezone settings, an annoying bug affecting numerous users (including ourselves).

WordPress for iOS 3.9.1 is out and now available to download from the App Store.

Some of the fixes included in this version are:

Added: Ability to dismiss commenting by tapping on the background.
Fixed: The last tab you selected is now loaded when returning to the app.
Fixed: Timezone is now correctly preserved after updating a post.
Fixed: You can now add links to longer posts.
Various other improvements. 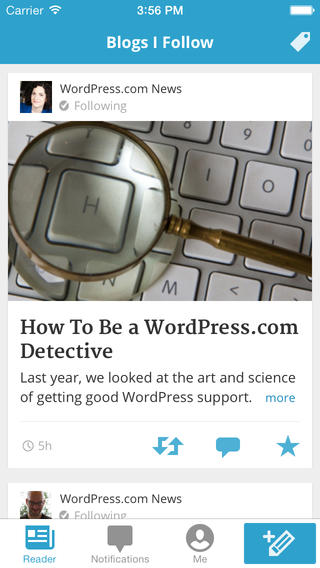 The WordPress team notes they are working hard on their 4.0 update which will be coming soon.